Difference between anaconda and python 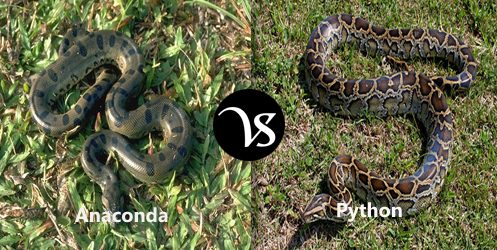 Anaconda:
Anaconda is the biggest and heaviest snake in the world. It is non-venomous from boa species. It kills its prey by squeezing until it can no longer breathe. It hunts during the night. They are found in tropical rainforests, lakes and swamps of South America.
Python:
Python is the non-venomous snake which kills its prey by constricting to death. They are found in rainforests, savannas and deserts of Africa and Asia. They have heat sensing organs which helps them to locate its prey.
Differences: