Difference between mother of pearl and pearl 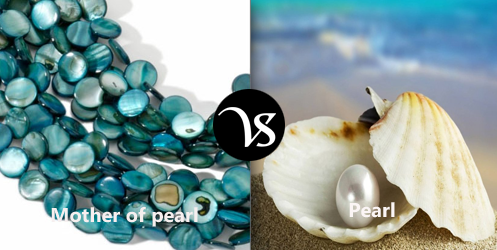 Mother of pearl is a hard, shiny and smooth substance which forms inside the shells used for making buttons. It is also called nacre. It has several natural colors.

Pearl is the hard object which is found inside the nacreous shells. It is a living gem. It comes from the sea living creature called oyster. Pearls are used for jewelery.